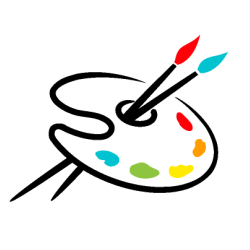 Palette Art Studio is pleased to present the work of two talented local photographers in a joint exhibition at our Woodbridge gallery, from October 14-November 14, 2016.

Gary Spinner and Chad Hussey both share a love of travel, mountains, and the natural world, as well as an appreciation of the treasured places closer to home.

Come explore the familiar and the fantastic – here in Connecticut and in wild locations around the globe including the American West, Europe, Greenland and Africa.

These award-winning photographers each bring a personal style and vision to their landscape and wildlife photography and offer insight about human impacts in a shrinking world. Their work has previously been shown at the Connecticut Audubon Society in Glastonbury, and the Mohonk Preserve in Gardiner, New York.

Please join us for the artists' reception on November 4th, 2016 at 6:30pm. Light fare and refreshments will be served. 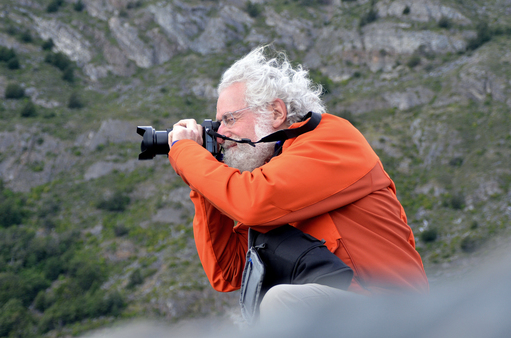 Gary Spinner has been taking photographs since taking a photography course in college at Rutgers University. He is an HIV Specialist caring for people with HIV/AIDS since 1983 and works in a community health center in Bridgeport, CT.

Having always believed in working hard and playing hard, when not working, Gary, and his wife Janet, spend their time enjoying the outdoors, rock climbing, hiking, cycling, trail running, and mountaineering. Having taken trips to countries on many continents, a few times to do medical volunteer work (Haiti and Uganda), or to backpack, climb rock and mountains in places that include Bolivia, Ecuador, Chile, Mexico, Spain, France, Slovenia, and Greenland, Gary always lugs along his photo gear, rises early to capture the early morning light, and the exquisite beauty of the natural world. And while exotic foreign lands are always special, they are no more so than the woods of Connecticut, the national parks in the United States and Canada, and the birds at the feeder in my own backyard.

Taking photos has helped me see details that I otherwise would miss- from a raptor feeding on a rabbit in my front yard to a beetle feeding on an aphid in the flower garden, it drives home how interdepend all life forms are on one another and the importance of maintaining a stable environment.

Perhaps most moving to me was backpacking in Greenland, where it was a first hand view of the effects of a warming planet, with constant ice-melt, receding glaciers, and rising water levels.

The photos in my show include some taken while backpacking, some while climbing, a few while doing some medical work in Uganda, but many photos taken in places nearby.

Chad Hussey is an award-winning business/creative writer and photographer. Ever since taking a professional photography course at the University of Hartford, and working with the Employee Communications department at Kaman Aerospace Corporation, Chad has made photography an integral part of many travels and adventures. He believes nature is the artist and that craft and opportunity can converge to create what MAGNUM founder Henri Cartier-Bresson called “the decisive moment.”

His work has appeared in CLIMBING; Backcountry Magazine; Wings of Gold, the magazine of naval aviation, as well as various corporate publications. Most recently, Chad was one of the principal photographers for a feature article on rock climbing in the Nutmeg State – in the August 2016 edition of CPTV Connecticut Magzine. Chad is also a rock-climbing instructor and a member of both the American Alpine Club and the American Mountain Guide's Association.